18.03.2021 | Why can the development of a new factory be more reasonable than the modernisation of the existing production plant for precast concrete elements? We would like to explain this question in more detail based on our project with the Lauter Fertigteile Co. in Bobingen/Germany.

Lauter Fertigteile Co. in Bobingen has been operating a CAD/CAM-controlled production plant for precast concrete parts since 1994.

Due to the requirements of the market, the brothers Benjamin and Peter Lauter put an automatic production plant for precast elements into operation in 1994. This was done with the help of the company Reymann Technik. The market development made it necessary to build an additional small production plant for double walls. The implementation took place together with Helmut Hobl.

After the 2008 crisis, the market developed very positively. The existing plants of the precast concrete factory had a considerable need for maintenance and replacement of machinery. An efficient solution had to be found for further development.

Loose contacts existed with the company Prilhofer Consulting and it was therefore obvious to develop the new production plant together.

The planning work began in 2016 and the start-up took place in 2020. The longer period was needed because it was not about replacing a production plant, but about the strategic reorientation for the next 20 years.

New construction of a precast plant instead of retrofit

In the course of the discussions, all theoretically feasible options were investigated. However, in order not to increase the production capacities in the area of precast slab production, but only to increase efficiency, it was decided not to modernise the existing precast slab-production plant.

What many plant operators are not aware of is the fact that if major interventions are made in the plant, the operating licence expires and the plant has to be re-certified according to current regulations.

However, this is not possible for most of the existing production sections for precast concrete elements (distances to machines, etc.).

What is new on the plant? The machines are state-of-the-art, but what is special is the interlinking of the machines.

The reasons for this are as follows:

An increase in product output for the precast slabs was not planned, but is possible if the market continues to develop well.

Since there are already enough reports about "state-of-the-art" plants, here are just a few special features of the production of precast concrete elements on the leading edge of technology: 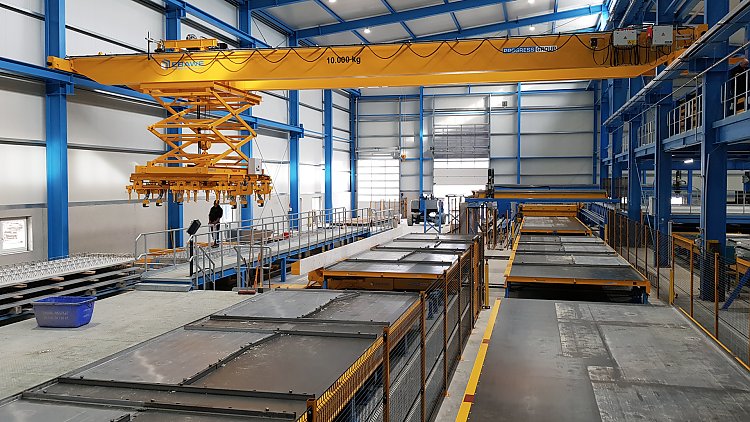 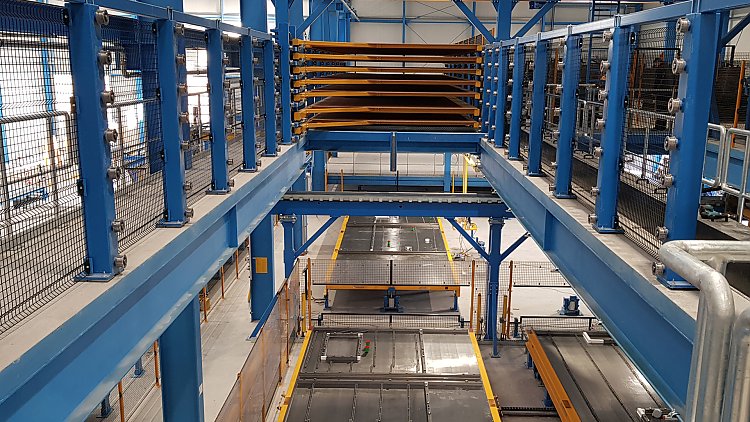 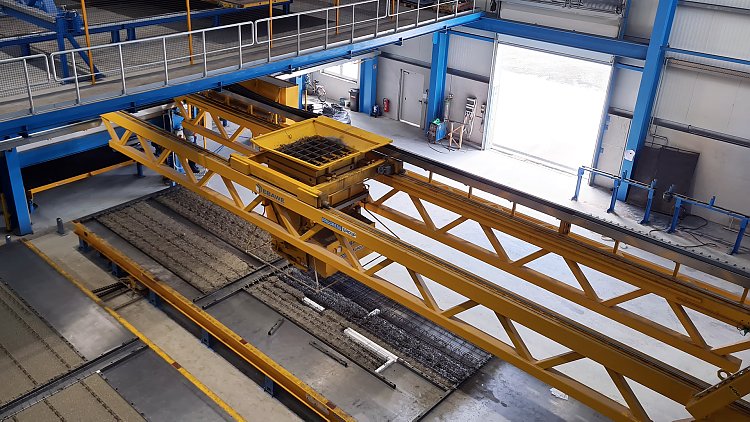 Conclusion: What must a modern plant for the production of precast concrete elements achieve?

Meaningful automation, labour and energy efficiency combined with the possibility to introduce new products to the market, all this is what characterises a modern plant.

We would be pleased to advise you about new developments and upgrades of precast concrete plants - get in touch with us now!

Modernisation of existing production facilities or construction of a new production plant?